News media exploded the past few days over the ‘discovery’ of a 700 year-old cave in Shropshire, purportedly used by the Knights Templar. The entrance through a rabbit hole added some Alice in Wonderland qualities to the story.
When asked by Dutch newspaper Volkskrant, the photographer credited with the discovery said it must have been ‘a very obese rabbit’. He also didn’t discover the grotto, nor has he ever claimed as much: a youtube video alerted him to the existence of this grotto and inspired him to explore. Although many media also reported this, the lure of the Knights Templar story was too strong to ignore. Even the BBC could not restrain itself. 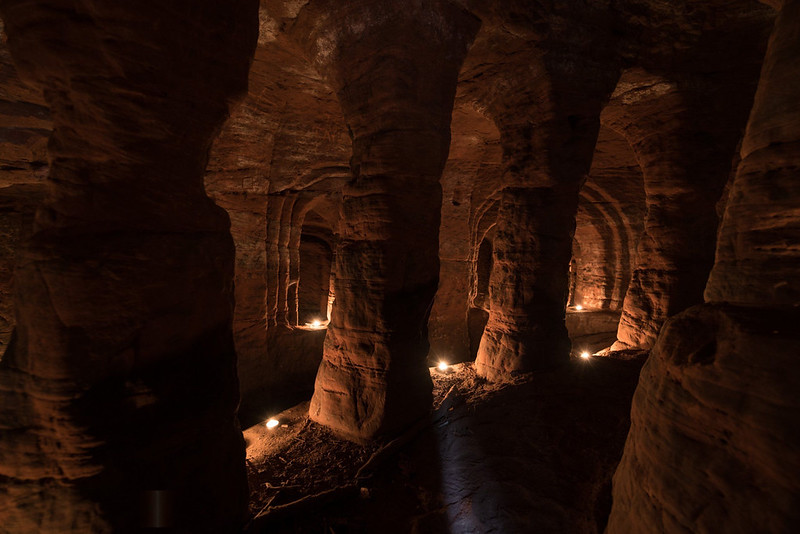 Nothing but a story it seems to be. Although the origin of the caves seems to be unclear, their existence was no secret: they were even closed off in 2012 because the grotto was vandalized and used by modern day ‘black ritual’ practitioners. Several people have photographed the grotto in previous years, as this album on flickr shows. The area was used as a quarry in previous centuries, and probably turned into a garden grotto for the family who built Cayton Hall between 1775 and 1803. The grotto itself is dated between 1800 and 1850, a description of Caynton Hall on ParksandGardens.org (created on 1 October 2008) tells us.

The story as presented in the media over the past days, was a hoax. Nothing like dropping terms like Knights Templar, Freemasonry, Illuminati and the like to get the juices flowing. Just ask Dan Brown. One wishes ‘regular’ garden history, and real discoveries, would create such an effect.
It did some good, though. The Caynton Caves wikipedia page is thoroughly updated over the past two days, with sources going back a few decades.

The house, its grounds, as well as the site where the grotto is located, are private property.